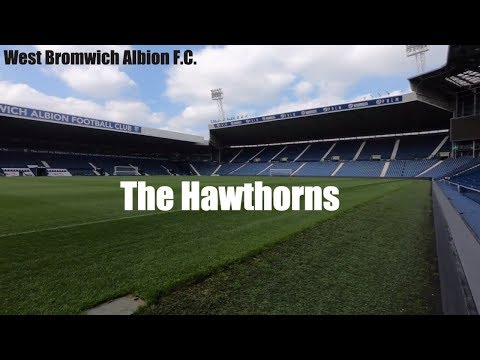 This stadium has been the home of West Bromwich Albion FC. since 1900, when it became the sixth ground to be used by the club. It was the last Football League ground to be built in the 19th century opening in September 1900, after construction work took only 4 months. At an altitude of 551 feet (168 m), it is the second highest ground among those of all 92 Premier League and Football League clubs.

In 2002, the Hawthorns became the first ground to install big screens in the widescreen format. The ground hosted its first Premier League match on 24 August 2002, with Albion losing 3–1 to Leeds United.

In December 2003, the board of directors unveiled plans to increase the stadium’s capacity to 40,000 all-seated. However, these plans were scrapped as Albion slipped out of the Premiership in 2006.