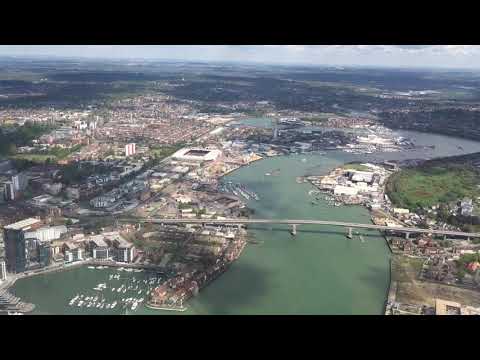 The need for a new stadium became more and more apparent in 1980’s when the club was among the best sides in English football, reaching for vice-championship in 1984. But before decision to relocate from The Dell was made, the old ground was converted into all-seating mode. Only then, in late 1990’s it came out that the city can offer a deteriorated plot in the centre to Southampton FC. It was in a great location, just neighbouring the place of club’s birth. No wonder it was named St. Mary’s Stadium as it was located close to the St. Mary’s church where “Saints” came from. Construction works lasted from December 1999 to July 2001 and cost some Ł32 mln. The outcome are single-tiered stands encircling the pitch with accommodation for 32,689 fans. If needed, the construction can handle another tier with seating up to 50,000, but that would require dismantling the roof. It’s interesting feature is having parts transparent over two stands to provide proper lighting to the pitch. Club earns from 42 skyboxes and 4 large halls, each named after a legendary player of “The Saints”.