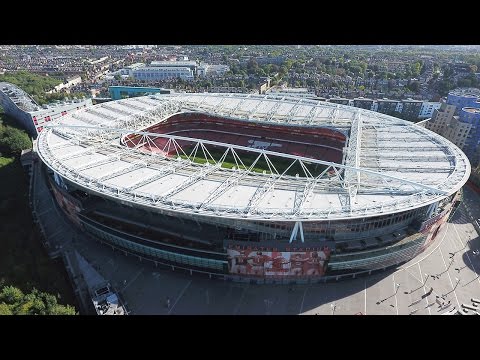 When opened, it was the 2nd biggest Premier League ground and third in England. Initially named Ashburton Grove from the street it was planned along, the venue soon gained a huge sponsor that paid 42 million pounds for a 15-year naming rights deal (later prolonged by 7 years to 2028). The partnership with Emirates Airlines earned the stadium something more than the expected profits. Some fans began to criticise the exposition of the sponsor which started to remind them more of an airport than a stadium of their beloved club. Thus the ironic nickname “Arsenal Terminal”.

Apart from great profits from sponsorship, Emirates Stadium is also given as an example of matchday revenues. In a very short time it overtook much bigger Santiago Bernabeu in Madrid. High revenues also come at a price though – tickets for Arsenal games are among the most expensive in the world. Still the club has a sell-out crowd at nearly every game and a waiting list for season tickets with thousands of people.

The seating bowl has been divided into 4 levels, two of which are dedicated to business clients. This along with restrictive regulations lead to a poor atmosphere, criticised by away fans as well as journalists. As it was with Highbury, the new ground of Arsenal is still compared to “a library”.