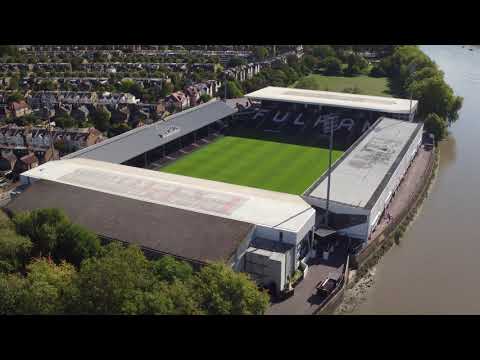 Located on the Thames riverside, this ground has an exceptional history to it. The name Craven Cottage derives from a residence that – supposedly – hosted a number of majestic guests, including Queen Victoria. The building standing in the place of today’s central circle of the pitch was lost in a fire in May 1888. Converting the ruins and surrounding garden into a football field took 2 years. First ever game with admission fees was played in 1886. Ironically, first wooden stand accommodating some 1,000 people was raised short afterwards. But the ‘real deal’ came in 20th century when renown architect Archibald Leitch was on the job. In his carrier Leitch designed almost 40 of the most famous British and Irish grounds. Craven Cottage with its red-brick façade of the main stand is among the most precious monuments of Leitch’s work along with the historical Ibrox front wall. In its history the stadium went through quite a few revamps, but among British stadiums, especially in top flight football, Craven Cottage has an opinion of a ‘classic’. Single-tiered stands with flat roof supported on pillars based in the audience are topped with four tall floodlight masts. There’s no seating in the corners apart from the clubhouse – literally, a house. Although called simply “The Cottage” it is not to be mistaken with the historical Craven Cottage. This one is the result of an… error. Leitch, although a specialist in stadia, had apparently forgotten about players changing rooms in his initial design. Now it is used as a special suite for corporate clients who wish to watch “The Cottagers” in premium conditions. Although its history dates back into the 19th century, for Fulham it was already the 9th ground (!), making the London club one of two teams with the highest number of home grounds, losing only to QPR which leads with 14. Apart from Fulham the national teams of Ireland and Australia treated this venue as ‘home away from home’, playing their home fixtures there temporarily. In 1948 four games of the Olympics were played here and in 1967 a record hattrick was scored here. Jimmy O’Connor of Ireland needed only 133 seconds to score 3 goals!