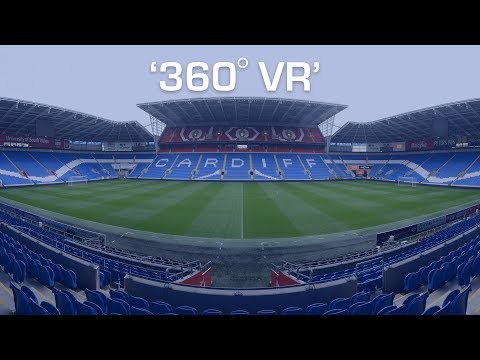 Construction Works started in early 2007 with clearance of the plot where an athletics stadium used to stand. Within the new investment a new track and field venue was planned along a bigger football-specific ground. Location just meters from the historical Ninian Park made it a natural new home for Cardiff City FC.

Initially it was planned to host app. 30,000 people, but in the end that number was reduced slightly. Designers were those of Arup Associates and main contractor a renown company in the UK, Lang O’Rourke. Actual construction lasted almost 2 years and opening game was played by Cardiff City in late July 2009.

There is another major tenant at the ground, though. It’s the Cardiff Blues rugby side that switched from Cardiff Arms Park to this new venue, signing a 20-year lease, ending in 2029. This stadium has also hosted quite a few internationals played by Wales national football team. Just 5 years after opening the venue is host to UEFA Super Cup (2014).

In 2013 the expansion of eastern Ninian Stand began. Works that saw addition of over 5,000 new seats ended in 2014. Adding upper tiers in similar fashion to two end stands is also planned.