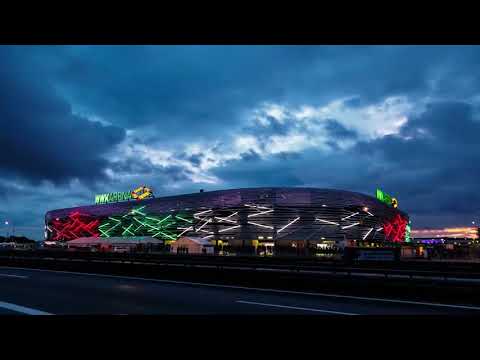 During the time of designing and constructing the stadium, it was called “Augsburg Arena”. On July 2015 the stadium naming rights were acquired by WWK, an insurance company, changing the official name of the stadium to “WWK ARENA”.

Augsburg was one of the official host cities of the 2010 FIFA U-20 Women’s World Cup and the subsequent 2011 FIFA Women’s World Cup. WWK Arena is the first climate-neutral football stadium in the world. The carbon neutrality was achieved by six ecological heat pumps, which produce the desired temperature via heat exchangers. A bio natural gas boiler also supplies the necessary energy during peak load times at a game.