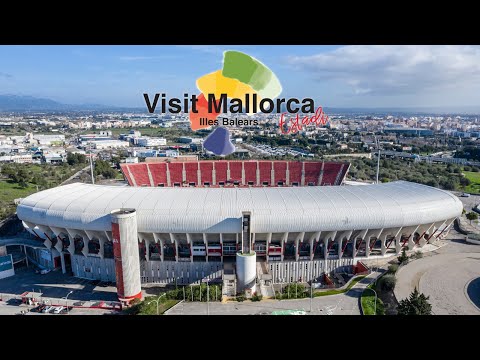 Originally constructed for the hosting of 1999’s Summer Universiade, the stadium has been the location for official fixtures since 1999 while an agreement with the city’s council has ensured such continuation for a period of 50 years. Located a short three kilometres from touristic centre of Palma, the stadium features 1,500m² of available parking space, two state-of-the-art changing rooms, a press zone capable of holding 300 journalists, luxurious private boxes, modernised offices for club employees, an official RCD Mallorca shop, fan cafe and pitchside VIP area. The stadium itself consists of four stands: Sol, Cubierta, Fondo Norte and Fondo Sur – all of which are facilitated with the necessary installations of modern European stadiums.