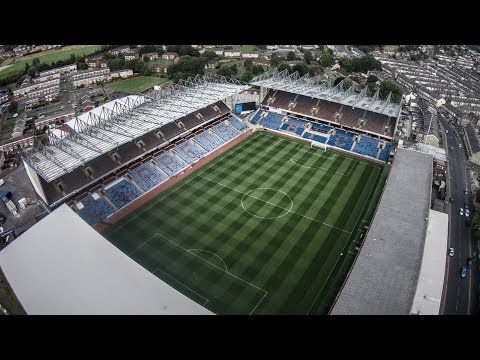 Located in Burnley, Lancashire, this stadium is the home ground of Premier League club Burnley Football Club, who have played there since moving from its Calder Vale ground in 1883. This unbroken service makes Turf Moor the longest continuously used ground of any of the 49 teams which have played in the Premiership. The pitch at Turf Moor is surrounded by four stands, known as the Bob Lord Stand, the David Fishwick Stand, the James Hargreaves Stand and the Jimmy McIlroy stand. All four stands are entirely seated. Visiting supporters are seated in the Cricket Field Stand.