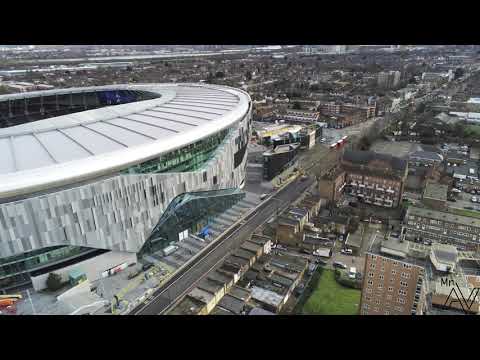 This stadium serves as the home ground for Tottenham Hotspur in north London, replacing the club’s previous stadium, White Hart Lane. It is one of the largest stadiums in the Premier League and the largest club stadium in London. It is designed to be a multi-purpose stadium and features the world’s first dividing, retractable football pitch, which reveals a synthetic turf pitch underneath for NFL London Games, concerts and other events.

The name “Tottenham Hotspur Stadium” is temporary, the intention being to sell the naming rights to the stadium, so that it will be named after a sponsor. The stadium is occasionally referred to as New White Hart Lane by fans and some in the media.