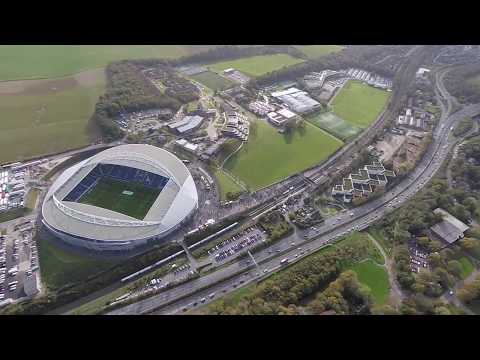 The Seagulls” had to leave their Goldstone Ground in 1997, two years after the club sold the ground. They had no alternative venue in Brighton, so were playing 75km away in Gillingham. Though attempts to build a new home stadium started back in the 1990’s, no success came for a decade. Supporters were running several large-scale campaigns that even got the prime minister involved, but for years procedural issues and opposition held the project back.

Finally at the end of 2008 construction works started on site and finished in early June 2011. The result was American Express Community Stadium, as it’s called for sponsorship reasons. But since no-one really cares to say the whole name, it’s more often called AmEx Stadium or simply The AmEx. There also are some more traditional supporters who refuse to acknowledge the name, still calling it Falmer Stadium, as was the name during planning and construction.

If demand is high, corners may be filled and current stands may also receive a second tier to give a capacity of 35,000. Which proved needed as already during construction it turned out that the planned 2,109 business seats was too little and another 400 were made. By mid-2013 stands had to grow further, reaching 30,750.