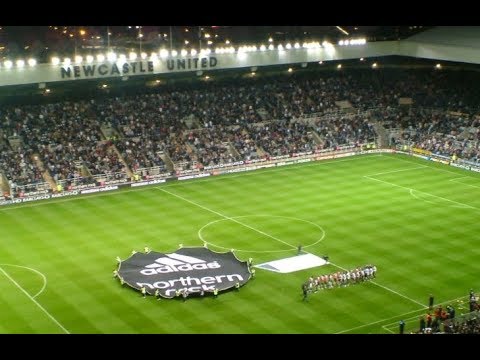 The oldest existing stadium in North-Eastern England and at the same time one of the most characteristic football grounds in the world. Since 1880 it’s been home to football, but only since 1892 also to Newcastle United, who then played in red-white outfits, contrary to current black-white colours. Already in 1905 it had the capacity of 60,000 people, mostly thanks to the stands having standing room. In the next 90 years it has changed several times, achieving an all-seating capacity of 36,610 in 1993.

Its current, unique shape is the effect of local conditions. The club was seeking permission to build a brand new ground nearby, but that proposition was widely protested by residents. Having no better alternative, „Magpies” decided to redevelop current stands, building an extra tier over two of them and one corner. This made one part of the stadium significantly larger than the rest. Thanks to this asymmetrical expansion it now boasts Europe’s largest centilever roof over the higher part of the stands.