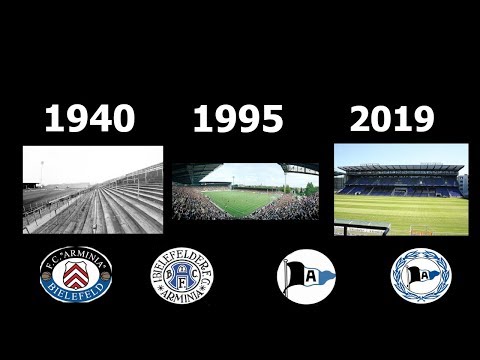 The stadium in Bielefeld is located in a very attractive neighbourhood, almost at the heart of Bielefeld. But when it was initially opened in 1926, this was a regular pasture. This is most likely to be the reason for “Alm” (Pasture) becoming its nickname and then name. At that time some 2,000 people could gather around the uneven pitch. The East Stand features a state-of-the-art glass roof that contains photo voltaic elements built into the glass (as opposed to mounted on it) that generate electricity for the club. Apart from Arminia games also various national teams of Germany played their games here and in 2010 the stadium hosted U20 Women’s World Cup. Also major concerts were held here, with the likes of Roxette, Joe Cocker or Elton John on stage. Since 2004 the stadium is officially named Schüco Arena for commercial reasons.