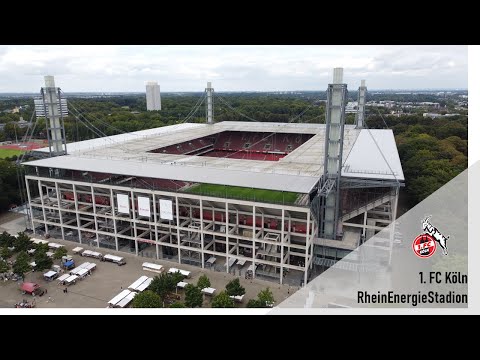 The stadium opened in September 1923 was built in the place of fortifications dismantled after the Treaty of Versailles. It’s been home to 1. FC Köln, but before the local team started utilising the – then called – Müngersdorfer Stadion, first game after WWII was player between Nurnberg and Kaiserslautern, cheered by some 75,00 people. In 1872 a complete revamp began, supposed to result in a new Olympic-sized stadium for up to 80,000 spectators. Unfortunately during construction it proved to be almost 4 times more expensive than estimated. Municipality had to modify plans to cut costs. Stadium planned as a host venue for 1974 World Cup was replaced by Dortmund and the stadium was ready in 1975, though nearly 20,000 smaller than previously envisaged. Last redevelopment took place in 2002-04. This time Cologne was ready two years prior to World Cup, not missing out on the 2006 event. After 80 years athletics track around the pitch has been removed and stands were built just around the pitch. Corners remain empty with only the impressive masts supporting roof thrusses standing there and giving the venue its unique shape.