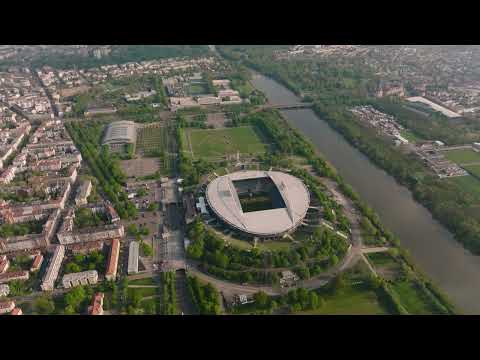 Remodeling of the Zentralstadion was confirmed in 2000, as Germany won the right to host the 2006 World Cup. The 100,000-capacity stadium was too large and outdated to remain unchanged and FIFA regulations gave Leipzig the requirement of 40,000+ capacity for the new stadium. Construction lasted between 2002 and 2004, allowing for the first game to be played in early March. The biggest problem after opening was finding an anchor tenant for the stadium. Sachsen Leipzig, who played the opener in front of almost 30,000 people, went bust a few years later. Further local clubs, Lokomotive and Chemie, also proved too small for the stadium. In 2009 the energy drink giant Red Bull bought the license of then-fifth-league SSV Markrandstadt and moved the team to Zentralstadion, changing its name to RB Leipzig and rebranding the stadium to Red Bull Arena. This newly-formed club was met with huge criticism across Germany’s traditional fanbase, but to date remains the key tenant of the stadium.