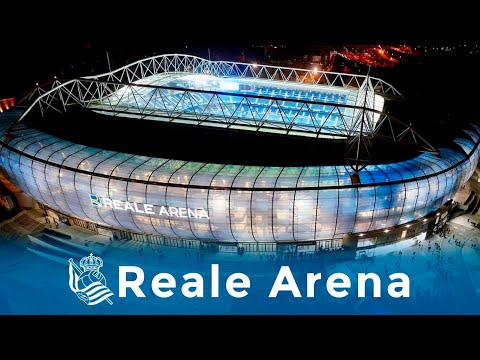 The first club play all their home games from the very opening, though in recent years they’ve been sharing Anoeta with two French rugby teams, for which it is the most suitable venue. Anoeta is famous for its shape with stands of different height creating very dynamic impression. They’re covered and roof massive supports create a very distinctive exterior appearance.

Apart from football and rugby it hosts athletics and major cultural events, both regional feasts and international concerts of top performers, including the likes of U2, Rolling Stones or Depeche Mode. Underneath the stands there’s room for offices of Real Sociedad, local football authorities and a sports museum.