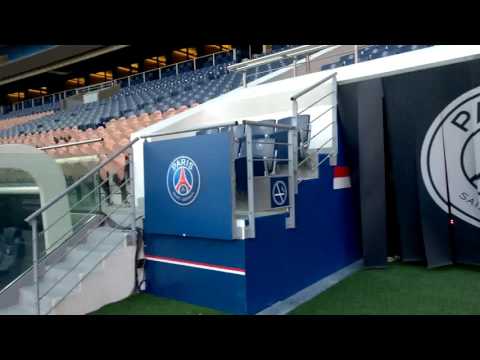 First stadium in this location was opened back in nineteenth century and had numerous uses, housing final stages of Tour de France for decades since 1902. There were also athletics events, but more importantly, this is where both the football and rugby national teams started their official games, in 1905 and 1906, respectively. The current venue’s history began in 1960s, when decision to leave the ground only for football and rugby was made.

Parc des Princes reopened in 1972 to become one of the world’s most unique venues, far exceeding its time. Visually the form of concrete ‘shell’ was unseen at that time and is currently protected by law to be retained for its value.

It seem impossible to count all the great events that took place here, starting with PSG’s first game in 1973, still as a 2nd league club. Since then the football side became the only permanent tenant with rugby team Stade Francais playing only some fixtures here.

But then come two World Cups, two European Championships, three Champions League finals, two UEFA Cup finals, one Cup Winners’ Cup final, 33 French Cup finals and many, many more matches provided by – for example the national side of France who have treated this venue as national until Stade de France opened in 1998.