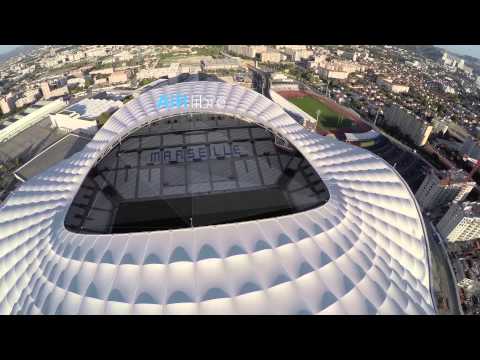 Its name was derived from the football-athletic-cycling layout it had upon opening. But despite using it for football since its first day in June 1937, Olympique was reluctant to play all games there, owning a private stadium partly funded by fans, Stade Huveaune. Situation changed after WWII, when the club settled to play nearly every game here.

For those reasons plans of further works were presented already 5 years after the tournament, most importantly proposing a roof over the stands. With little success in implementing them, the city waited until 2011, when the perspective of hosting Euro 2016 forced changes in the stadium. Redesigned by SCAU, the building received vastly expanded stands on both ends (main one built from scratch), new infrastructure under all sections and the stunning new roof that rose into Marseille’s skyline.

It took three years to complete with Olympique playing all games during reconstruction. The scheme proved very expensive at €268, but didn’t overload public budget as it was ran in PPP mode, seeing the city repay €12m annually for 30 years to the contractor and stadium operator, Bouygues.