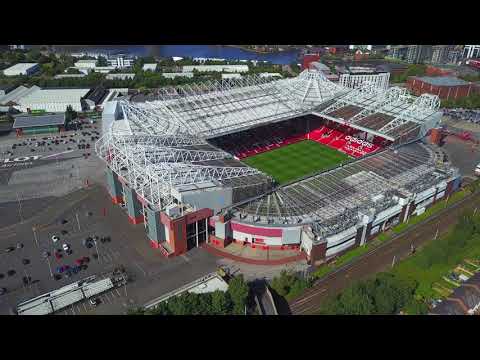 Old Trafford’s initial form was created by perhaps the greatest name in British football architecture, Archibald Leitch. During World War II, on March 11, 1941, the field and stands were seriously damaged by Luftwaffe bombing.

Despite varying height of all stands, Old Trafford’s inner edge of the roof has remarkably remained at almost the same level for years. This incline towards the field became a signature feature of the stadium, making the north stand’s third tier barely visible to some fans inside as the roof prevents parts of the crowd to see others. The last major expansion so far took place in 2005-06, when two northern corners were filled with brand new facilities. Called the quadrants, brand new towers with 6 floors and tall cantilevered roof structure make for a more unified silhuette, while also expanding floor space and capacity to around 75,000 seats. While not enough to beat the stadium’s all-time record, this safely made Manchester United the dominant British team in terms of crowds.