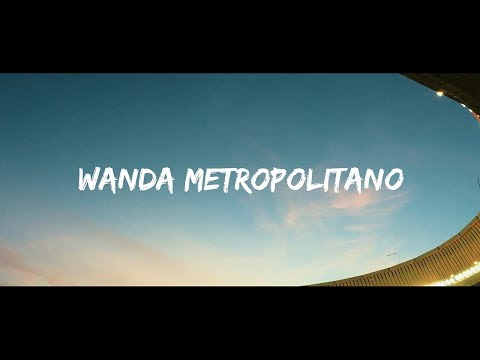 Design work of the new stadium was carried out, as it had been from the start in 1988, by Cruz y Ortiz. To reconfigure a track and field stadium into football-only layout they dug the field further into the ground, resulting in it being sunken 15 meters below ground level. The semi-rectangular lowermost tier is visibly flat but what the architects achieved was better distance between the first row and players than at Vicente Calderón. The field is just 6-9 meters away, even if the distance grows significantly with every row and is quite long for fans in the upper ring. With two floor used for parking, the stadium still offers up to 5 levels for other uses, creating great infrastructure for one of Spain’s most extensive corporate hospitality offers. Within the newly-built grandstands there’s a long strip of 94 skyboxes, while further premium seats were installed within the main stand. The entire stadium is topped by a masterpiece of engineering and key architectural feature: the crown. We could call it a roof but that seems a bit modest. On the one hand this gently undulating cover softens Metropolitano’s otherwise concrete form, keeping its height relatively low (between 32 and 42 meters) in order not to disrupt the landscape. On the other, the design provides a stunning impression inside, where 96 PTFE segments resemble origami artwork. Though its overall surface is just 46,500 m2, the roof actually uses 83,000 m2 of PTFE due to the way its formed. It seems very fitting that the roof has vibrant nighttime illumination, allowing it to come alive on matchdays.