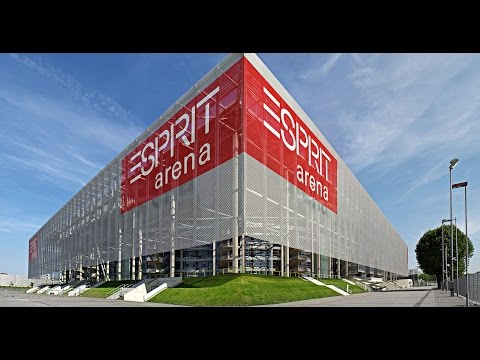 Construction on the site of former Rheinstadion, just next to Rhine river, started in 2002. After two years a new stadium was ready. Created by JSK Architekten this venue was one of the first stadiums “wrapped” with mesh that simulates it being a cuboid, when in fact stands have rounded corners. Under one of the stands a rail terminus is located, making public transport very popular among citizens. There is also a hotel integrated into the stadium. Despite it being perceived as one of the most modern stadiums when opened (one of few retractable roofs then), the arena wasn’t listed as 2006 World Cup host venue.

Initial capacity was set at just over 52,000 seats, but after appeals from supporters of football side Fortuna some seats were converted to terracing. That raised capacity to 54,500 people at football and up to 66,000 during concerts.

Modern infrastructure and location within the city’s largest exhibition/event center makes the stadium very attractive not only to major tenant Fortuna, but also organizers of international games (5 friendlies by Germany and 2 by Portugal), American football events and numerous concerts, with one of most famous being Eurovision song contest from 2011.