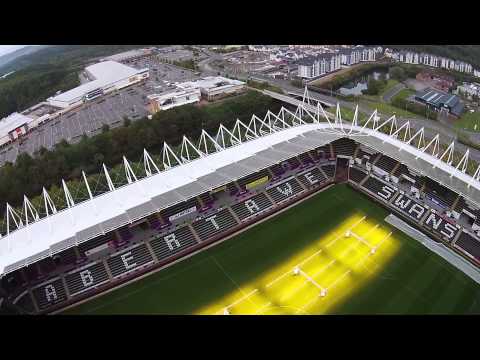 When it was still a plan and later a construction site, this ground was most commonly referred to as ‘White Rock’. This derived from old copper works that used to be in its place. However upon opening municipality decided to give it a more neutral name of New Stadium Swansea that would attract sponsors. First naming rights deal was signed in October 2005, just 3 months after inauguration.

Simple, single-tiered bowl that accommodates 20,532 people was designed by TTH Architects. Conference and banqueting infrastructure is located in the main grandstand. The venue was a public-private partnership case, but without Swansea City FC or the rugby side Ospreys who couldn’t afford participating in an investment of this size. Municipal authorities thus cooperated with a consortium of developers who aided the stadium in return for retail park in the vicinity.