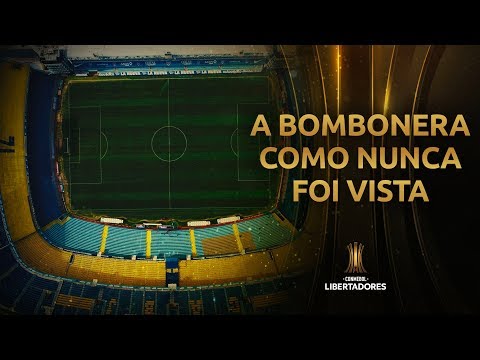 Seen today by many as a place of cult, stadium works started on Feb 18th 1938 and lasted over 2 years. The result were single-tiered stands, three of which were connected in the corners, while fourth stood alone. What is interesting is the fact that already then La Bombonera, as it is commonly known, was using almost all the plot available.

Huge popularity led to first redevelopment comming right after opening (May 1940). In 1941 new second tier was opened above 3 stands and a decade later construction of the third level started. Due to lack of space construction had to go up, leaving room on the ground nearly only for access routes to upper sections. Though the construction is strong enough to cope with thousands of people inside the ground, it has problems with crowd distribution – high congestion is an issue. That’s why the club decided to decrease capacity to only 54,000 people.

Three-tiered stands still had quite some room compared to the fourth, though. This one had to go up literally – a 7-storey ‘office building’ was raised in 1990’s, where almost 3,000 VIP’s and corporate clients have their skyboxes. Extremely small plot allowed for the ground to have only the smallest pitch allowed by FIFA and the construction packed with people tends to vibrate when supporters jump while singing. It is said that this is not ‘shaking’, that’s Bombonera’s ‘heartbeat’.