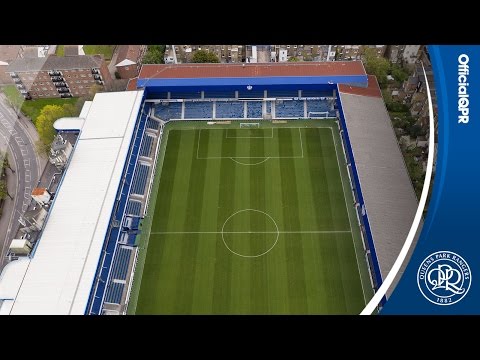 The ground was first used on 11 October 1904 by Shepherd’s Bush F.C., an amateur side that was disbanded during the First World War. QPR moved to Loftus Road in 1917, having had their ground at Park Royal commandeered by the army in 1915.

During the summer of 1981 an artificial pitch of Omniturf was installed at Loftus Road, the first such surface to be used in British professional football.

In August 2013, QPR started discussions with Hammersmith and Fulham Council about moving into a new stadium, believed to be set for Old Oak Common, and soon after, in December, confirmed that they would be leaving Loftus Road for the short move across west London. However, in July 2014, these plans suffered a setback.