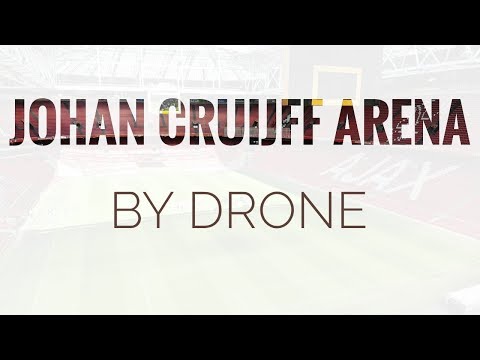 The ground is often regarded as a breakthrough in football stadium design and operation. The word “football” should be changed to “multi-use”, though, as matches of Ajax and other football events don’t make up even half of the calendar. Thanks to first retractable roof over the pitch among European stadia it got a fair amount of fame that even overshadowed problems with pitch quality that force it to be relayed several times per year.

Construction began on November 26th 1993 based on design that has a story behind it. First vision of a new stadium for Amsterdam had been shown back in the 80’s, when the city was bidding to host 1992 Olympics. When the bid failed, similar idea was implemented with several features changed – no athletics track, less seats and retractable roof were the major modifications. the Rob Schuuman vision was built in some 2,5 years, creating the largest stadium in the Netherlands, accommodating 52,960 fans for football events and up to 68,000 on other occasions.

Grand opening took place over a month after finishing the ground, in August 1996. Among most important events that accompanied the opening was a series of 3 sold out concerts by Tina Turner. Since then Amsterdam ArenA is ranked highly for its various uses and operating model. This shows as the company in charge of running this stadium are actually consulting a lot of modern stadiums being built worldwide. Its quality for football has been proven during Euro 2000 and then with UEFA granting the stadium with Champions League final (1998) and Europa League final (2013).