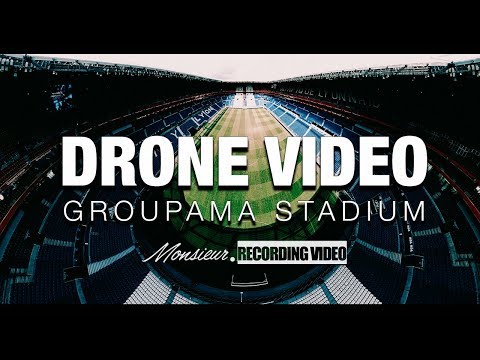 Stadium design evolved significantly over that time and, in all fairness, ended up being more modest than initial plans. The roof structure and landscaping around were downscaled, though still catch the eye and remain the key aesthetic ‘touch’. While eventually not covered with photovoltaic panels, the roof still manages to collect rainwater for internal use. Aimed at resembling a forest, the stadium’s canopy spreads like treetops much beyond the stadium itself. This impression is aided by seemingly chaotic outer columns. Just like an actual forest, the canopy offers shelter and is hoped to boost pre/post-game atmosphere outside the stands themselves.

Inside, the stands offer app. 60,000 seats and 10% of them are dedicated to corporate clients. Of the 6,000 business seats some 1,400 are spread across 105 skyboxes, while remainder is located in the stands, with access to a total of 8 large business lounges. Increased capacity and corporate seat percentage allowed Olympique Lyonnais to expect matchday revenue to grow 3-5 times compared to Stade de Gerland once the new stadium is fully optimized.