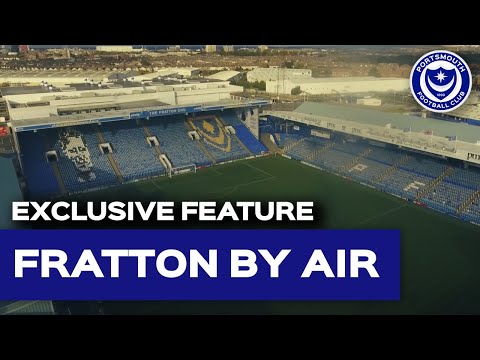 Built in 1898, the venue was among the more distinctive stadiums in the UK, partly thanks to the part played by the ever famous Archibald Leitch, who was among the architects. The main administration building has a mock Tudor appearance and was accompanied by another building with a clock tower. These however have been dismantled with only the small cottage-alike part left to this day.

Thanks to its fame and standard it was home to its first (and, as it later turned out, only) England international game already in 1903. Several decades later the 1948 Olympic tournament was co-hosted by Fratton Park which was one of only two outside-of-London stadiums to be chosen. In 1956 it was the first Football League ground with floodlights (Feb 22nd, against Newcastle United). But, just so that it doesn’t sound all too modern, in 2007 it was the last venue in the Premier League to have an uncovered stand.

Today’s stadium consists of four independent stands, without any filling sections in the corners. Two parts along the sides are double-tiered while those behind goals have just one tier. Due to low capacity and poor infrastructure the club was seeking options to upgrade the ground or move to a new one, but so far – without success.