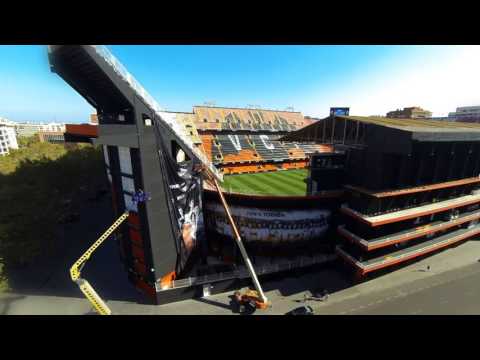 Built in 1969, the ground didn’t change much over the years. Enclosed from all sides by single-tiered stands is covered only around the main grandstand side. Until 1997 this was also the only part of the venue to have individual seats. But as requirements changed, new seats arrived and settled capacity just above 25,000. In 2007-2010 a large shopping center was built directly along the east side, reducing the public space available for public use (previously tennis courts and parking sites). In mid-2016 Levante UD ran a complete seat replacement, at the same time renovating the stadium’s structure. Though it’s not even the best stadium in Valencia, it hosted a couple of international games of the Spanish national team, all friendlies.