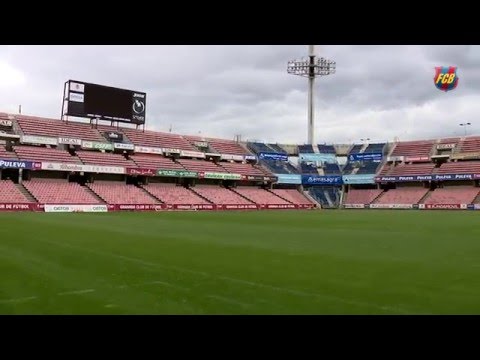 The Estadio Nuevo Los Cármenes was built by municipal authorities, providing salvation to the club, then in critical condition. The previous venue, belonging to Granada CF, was then sold to ease the financial problems of the club. Despite being located in a different spot, the stadium inherited its predecessor’s name Los Cármenes, derived from local architecture – housing with gardens. From the start, various events took place here. Real Madrid was the one to open the venue and Spain celebrated the millennium of Kingdom of Granada by playing an official Euro 2012 qualifier on this stadium, which also hosted the opening ceremony of Alpine skiing World Championship.