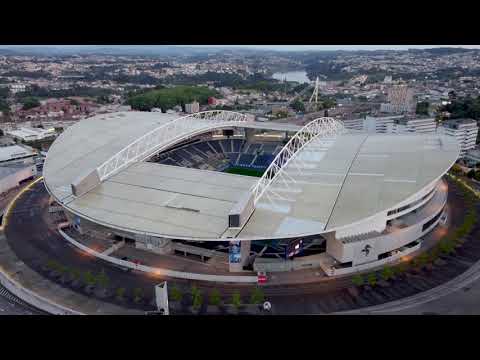 Designed by Portuguese architect Manuel Salgado, the Estádio das Antas successor didn’t carry the same name. Estádio do Dragão (Dragon Stadium) won the vote, celebrating the creature from FC Porto’s crest. Construction works began in late 2001, and were completed in November 2003, some months after what was expected, as the result of tensions between Porto’s mayor and club president. Away fans are placed in the right corner of the upper tier of the east stand, while home Ultra groups, Super Dragões and Colectivo Ultras 95, occupy the south stand and the north stand, respectively, like on the old stadium.