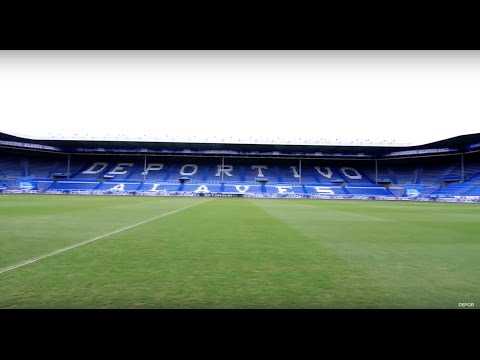 Opened on 27 April 1924, it is currently the third oldest football stadium in the Spanish Professional Football, behind El Molinón and Mestalla. During its history, the stadium had several renovations. The most important one was the expansion made in 1999, making new stands in the corners for increasing the capacity of the stadium to the current 19,840 seats. In December 2016, the club president Josean Querejeta announced a plan of modernisation and expansion of the stadium, possibly bringing its capacity to 28,000.