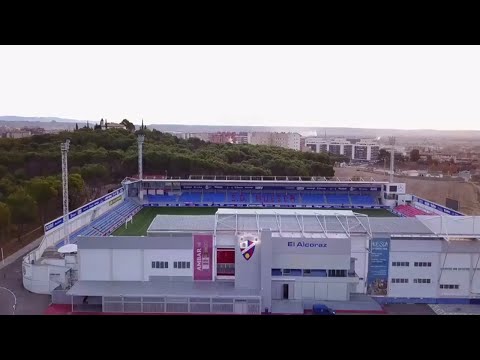 Estadio El Alcoraz, located next to san Jorge’s hill, was named after the battle of Alcoraz which took place there in 1096.

It was opened on January 16, 1972, since then it has witnessed many social and sport events such as a match between Spain’s Under-21 national football team and Greece and a Copa del Rey match in 1991 between SD Huesca and Cádiz CF. With the promotion of Huesca to La Liga, the stadium was expanded to 7,638 seats in 2018.