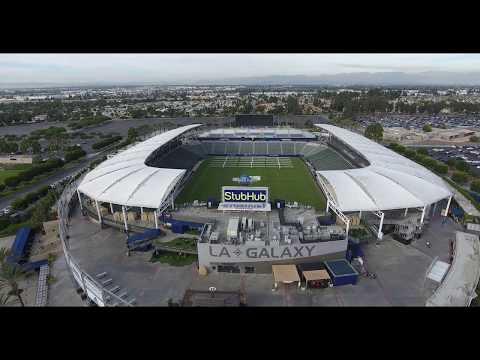 Dignity Health Sports Park, formerly the Home Depot Center and StubHub Center, is a multiple-use sports complex located on the campus of California State University, Dominguez Hills in Carson, California that consists of a soccer stadium, a separate tennis stadium, a track and field facility, and a velodrome: VELO Sports Center. It is approximately fourteen miles (23 km) south of downtown Los Angeles and its primary tenant is the LA Galaxy of MLS.

Opened in 2003, the $150 million complex was developed and is operated by the Anschutz Entertainment Group. With a seating capacity of 27,000, it is the largest soccer-specific stadium in the U.S. and the second-largest among its kind in MLS, after Canadian Toronto FC’s BMO Field. In addition to hosting LA Galaxy games since its opening, the stadium also served as the home of the now-defunct Chivas USA MLS team from 2005 to 2014.

During its first decade, the stadium’s sponsor was hardware retailer The Home Depot. In 2013, the title sponsor became the online ticket marketplace StubHub. In 2019, the name sponsor became healthcare provider Dignity Health.