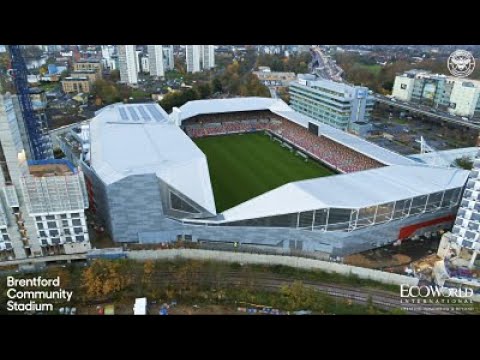 Although Griffin Park was a cherished stadium among both home and visiting fans, close proximity of surrounding houses made it impossible to grow further, impeding Brentford FC’s further development. The new Brentford Community Stadium is at the heart of plans to regenerate the surrounding area, including new homes and commercial opportunities. In order to meet highest requirements in case of sporting success, the building was always planned with Premier League regulations in mind, including highest standard for disabled supporters. Also, the option of introducing safe standing at the stadium was included, should this become legal. Also, the building meets Premiership rugby requirements because already in 2016 it was decided that a groundshare with London Irish is the most viable option.