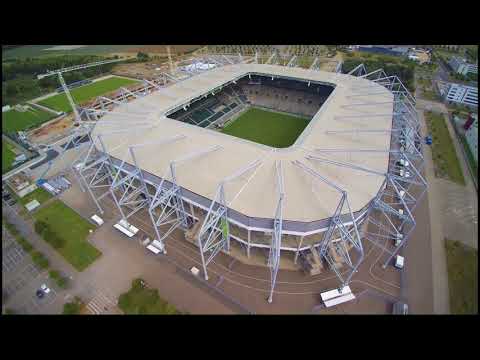 Construction of a new stadium in western suburbs of Mönchengladbach was approved in March 2002. The design is a very simple one, resembling some British stadia with its cantilever roof and overall layout. Contrary to some other venues, this doesn’t accommodate various functions underneath the stands, there’s some 18,500 sqm of space used mostly for club – and fan-associated infrastructure.

Despite not being selected for the 2006 World Cup (with Dortmund, Gelsenkirchen and Cologne nearby it couldn’t), the stadium was one of the main arenas for the 2011 Women’s World Cup. During summer breaks occasional concerts take place as well, with the likes of Bruce Springsteen or Elton John performing.