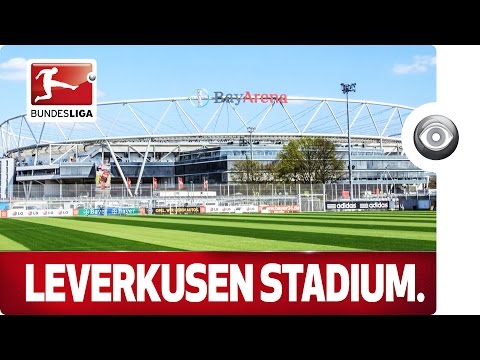 Initially built in 1956, the ground has been called Ulrich-Haberland-Stadion for the first 30 years of existence. Its fame began in the 1990’s however, when a huge revamp took place, resulting in the stadium being ‘supermodern’ by those days’ standard. Ironically, its shape was not all intended that way and is a result of several changes into the design during implementation.

Since 1998, first year in operation as a new venue, it’s been called BayArena. Due to high demand for tickets and also increasing possibilities in generating extra profits from non-sporting use, the ground has been further revamped in 2008-09. This time a small second tier was built above existing stands, extra infrastructure constructed around the stands and a huge, impressive roof above the whole structure. It was even planned to look like a huge aspirin pill from above, but the idea to put a huge neon with Bayer’s name was dropped.