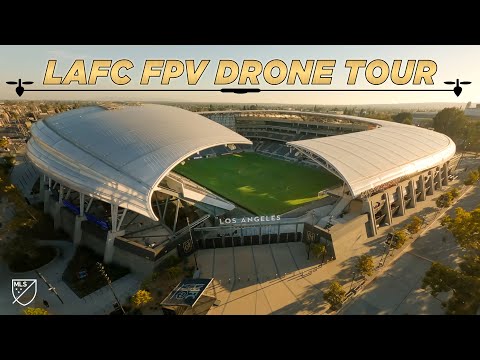 Erected in the distinguished Exposition Park, the stadium sits just meters away from the L.A. Memorial Coliseum, becoming instantly sanctified by the history of this unique Olympic site, home to the 1932, 1984 and 2028 Olympics, during the latter of which Banc of California Stadium will also be a host venue. The auditorium is planned for 22,000 people, though there is an option of temporary expansion by addition of foyer seats. Also, for events using the field, a maximum of 35,000-40,000 is expected. The front row of the stands is pushed as close as possible, at the nearest point reaching just 3.7m from the players. The furthest a fan can seat is 41 meters away, which means everyone has a good and unobstructed view of the field. With the budget at immense $350 million, the stadium was financed entirely privately. Banc of California played a very notable role by securing significant part of the $180 million loan and signing the $100-million 15-year naming rights deal.