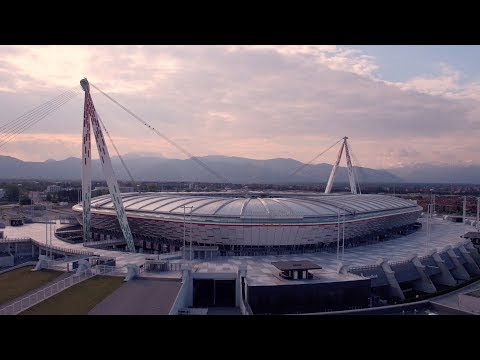 he stadium was built on the site of its former ground, the Stadio delle Alpi in the latter 2000s, and is the first club-owned football modern venue in the country as well as one of only four stadiums accredited with the UEFA Category 4, which have the highest technical level in the confederation’s Stadium Infrastructure Regulations. The outcome is a compact stadium that would appear really modest if it wasn’t for huge pylons painted in national colours of Italy. These structures were raised on both ends of the ground to carry the weight of steel roof thrusses positioned above the audience. Unfortunately during construction it came out that the roof needs further stabilisation and so supports were created inside the stadium, resulting in some fans seating in the corner having their view obstructed by thick steel ropes. Building the stadium cost €122 million for which Juve received a new venue with over 41,000 seats and additionally parking space for some 4,000 cars and such a number of possible guests in two huge conference/banqueting halls along with commercial space and 64 skyboxes.